smell of hell and taste of heaven

Malaysia is a secular country but secularism has real meaning, hence their slogan, “Harmony in diversity”. There are various communities in Malaysia, there are Chinese who are Buddhist, there are Malaysians who are mostly Muslim, and there are also Indians

The Land of the Forbidden Smile

are Russian women the most beautiful women in the world? I would say yes and no, yes because all women are beautiful and in every country I have visited I have found that women have a lot of charm.

the dream of the birds of paradise

my mother died after the birth of my little brother Eduardo, three years ago, our dad is very nice to us, he lets us play a lot and when we are hungry we wait for the tourists when they leave their hotels.

this monster in me

the smell of the neighbour’s barbecue pierces me and torments me, it doesn’t matter, let’s not wake up my Genghis, let’s let him think that we’ll have a barbecue soon.

one night in Bangkok makes a hard man humble

Yes, it’s a Murray Head song from 1975, a good way to describe the city of Bangkok, and it’s not because I like it that I went there.

the yellow revolution of 17 November 2018

He came into politics as Minister of Economy in the former government, but he is not a socialist, is it by merit or nepotism, we never knew. Esoteric, he appeared one day to replace a presumptuous and upstart minister, so he was propelled to the political stage under the iron rule of a loser president.

Oh, my God!  I, on the other hand, I have to stop, I’m going to become Asian if I keep talking with metaphors, in any case, I’m already Asian with heart and soul.

letter from an unknown

For some people, hell is a daily grind, life is nothing but an ordeal day after day. My story is full of hope for those who have lost all bearings for the future, who think that even the light has become darkness.

A mystical scent of the city

It is a rich country, and its wealth is not only in its organization but rather in the people who make it up, there are Indians, Chinese and Malays, there is no inter-religious animosity, in any case there is not this kind of problem that we experience in France.

Why overload someone life

We have become accustomed to living in camping mode inside our home, our habits, our way of functioning to change, will we find our old habits perhaps, I find my computer that I broke, the kitchen utensils are starting to find the sites.

a prosaic dream for ordinary people

Imagine for a moment that you leave the present and enter another dimension, it may be yesterday or tomorrow, you never know when you are so far away from the real world. Personally, I was a little afraid of going far away, twelve hours by plane and seven hours jet lag, it was a long way from the county and the daily routine. 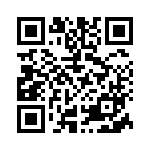